Three of them, Pelasgia, Neochori and Atalanti, which have been recently explored, have not yet been published and are presented, in a preliminary form, at this conference. In the Early Christian period, later burial activities on the site disturbed their fill and destroyed any evidence for the height of the supposed mound. For that reason they are called grave circles. The graves, ten in Grave Circle A and eight in Grave Circle B, are cists of small dimensions, set in a radial arrangement.

They are compared with vases of Phase 6 from Pefkakia. The excavation of the preserved part of the tumulus and the surrounding area fig. The shape of the structure, in the vicinity of the tumulus, and the traces of fire recall the so-called horseshoe-shaped structures of ritual significance found in several tumuli sites. The preserved part of the tumulus before the excavation. Recent excavations at Neochori, on mount Oeta, 18 revealed five groups of cist graves of small dimensions, each-one containing three to seven graves fig.

Taking into account the radial arrangement of some of the graves and the neighbouring tumuli site at Marmara, it could be argued that some of them at least were originally tumuli or grave circles fig. The thinness of the layer of earth fill, due to erosion and weather conditions at the altitude of m, has eliminated any trace of a possible mound or enclosure. Sixteen of the twenty-four graves, most of them plundered, did not contain grave-goods.

One of the graves yielded significant offerings, indicating the status of the dead. A preliminary examination of the material reveals that the use of the cemetery extended from the Shaft-Grave period down to the Protogeometric period fig. This can be explained by the fact that the cemetery was not related to a settlement but was used, as today, by people moving temporarily with their animals from the plain to the mountain.

At Marmara, 19 nine tumuli were explored in different places on a plateau of west Oeta leading from the Spercheios valley towards Doris and Aetolia. The tumuli consisted of a kernel of natural rock which had been slightly rearranged in order to be used as a family burial monument. They contained mainly. 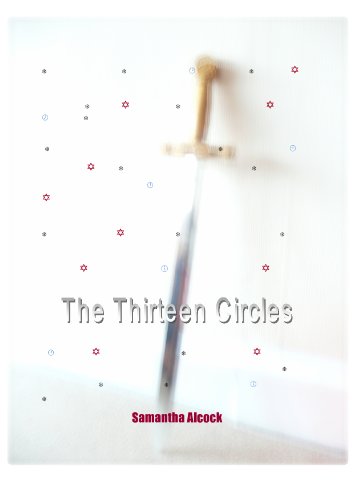 Five groups of cist graves of small dimensions. Aerial photo. They were dated by the excavator to the Sub-Mycenaean period and, more recently, to the Shaft-Graves period, on the grounds of the chronology of the most significant vases and their interconnections. The estimated diameter is 15m. Only a quarter of the tumulus has been excavated since the rest has been partially destroyed by later constructions or lies under the modern road.

At the centre of the circle a pithos storage jar burial was found, whereas the trace of a second one lay at the north-western part of its periphery. The pithos contained skeletal remains and three vases fig. In Sotiriadis excavated, not far away from the area of ancient Elateia, a conical tumulus of small diameter known in bibliography as the tumulus of Drachmani. Under a pile of stones and an ash layer there was a grave, probably a pit, with a skeleton in contracted position, along with unusually rich grave-goods. Plausible evidence for funeral rites ashes and burnt grains comes from a small pit, which was, however, not precisely located.

The tumulus has been dated to the early MH period. A few years earlier, the excavation of the tumulus of Orchomenos did not yield any evidence indicating the original burial use of the mound. Below the stones there was an ash layer with animal bones, suggesting the ritual purpose of the structure, which should probably be dated to the LH III period. The EH II mudbrick tumulus on the Ampheion hill23 and one more mudbrick tumulus of the same period found recently on the neighbouring hill of the plot next to the Archaeological Museum at Thebes, At the moment, there is no reason for further discussion of this material since the excavators — V.


Aravantinos and K. Psaraki, the most suitable people to talk about it — are contributing to this publication. In Attica four Bronze Age tumuli sites are reported. Two of them, at Athens and Aphidna, were excavated at the end of the nineteenth century and the other two at Vrana and Thorikos in the early seventies. The tumulus of Athens, of an uncertain date, lies on the south slope of the Acropolis hill, between the Asklepieion and the Odeion of Herodes Atticus.

Six bodies were buried in a contracted position at two levels, separated by an ash layer. A similar layer was also found on the bodies of the upper level. The tumulus of Aphidna included thirteen graves of different types, shaft-graves or pit-graves, cists and. The grave contained burnt bones; traces of fire were found below it.

The material had been dated to the early MH period but recently an EH date has been proposed. The tumuli at Vrana are listed among the most interesting Bronze Age structures and have been compared by their excavator, Spyridon Marinatos, with the tumuli of Albania.


On the saddle of the Velaturi Mount at Thorikos, in front of the oblong tholos, a dry-built enclosure of irregular shape was found and, in front of it, a rectangular structure, used possibly for performing rituals. The enclosure included a large central pit which was carved into the schist, containing the burial in a cist lined with slabs.

This was probably a royal tomb but it had been thoroughly plundered. The grave is surrounded by a rectangular megaron-like structure of the original use of the tumulus, which was covered by a stone layer. These tumuli, 32 in thirteen sites, are a non-homogeneous group with different, as well as common, features, regarding their construction principles, distribution, relationship with other kinds of cemeteries, types of grave, burial customs, grave-goods, and their use and chronology.

Most of the tumuli within the study area, as is typical of the Greek mainland in general, belong to the mature and late phases of the MH or to the transition from MH to LH I-II and only a limited number are later.

The tumulus at the plot next to the Archaeological Museum of Thebes covered an apsidal building but also a mass burial. Finally, the Ampheion tumulus, according to the results of very recent excavations, 34 was connected to an adjacent EH cemetery. Traces of burial rites35 are reported from different sites, such as the tumuli at Athens, Drachmani, Aphidna and Hexalophos. On the other hand, there are structures or installations related to funeral ceremonies at Pelasgia, Drachmani, Ampheion and Vrana.

This volume contains a lengthy introduction, and the actual mathematics covers plane geometry. Highlights include the construction of the regular gon using straightedge and compass.

The actual text of Euclid's work is not particularly long, but this book contains extensive commentary about the history of the Elements, as well as commentary on the relevance of each of the propositions, definitions, and axioms in the book. As such, this book is a good scholarly reference for English readers interested in the historical evolution of Euclidean geometry. For example, there is considerable discussion on the well-known fifth postulate about parallel lines.

Hearts Aren't Made of Glass: A Journey Towards Recovery: antiga’s thirteen circles

All this being said, do not try to learn geometry from this book. The content is more suited for readers who already know geometry and want to learn about the historical origins of the subject of geometry. There are many modern books written for readers new to geometry some good, some bad. It's probably true that Abraham Lincoln studied the Elements as a young lawyer, but there are easier if not better ways to learn geometry nowadays. The Elements will be much more enlightening if the reader has a good grasp of the actual mathematics in the book prior to reading it.


I love geometry and I recommend this book to anyone with young kids going through HS education. They will benefit from it significantly. Go to Amazon. Discover the best of shopping and entertainment with Amazon Prime. Prime members enjoy FREE Delivery on millions of eligible domestic and international items, in addition to exclusive access to movies, TV shows, and more. It operates to over 50 destinations in 20 European countries, as well as long-haul flights to East, Central and West Africa. The logo now contains fourteen dots. And I think the text is a bit too separate from the dots.

Great one! Nice colors too. But I agree with DChuck about looking like runway lights. But the font could have been better chosen. It is too weak for an airline and it does not inspire safety, as it should.